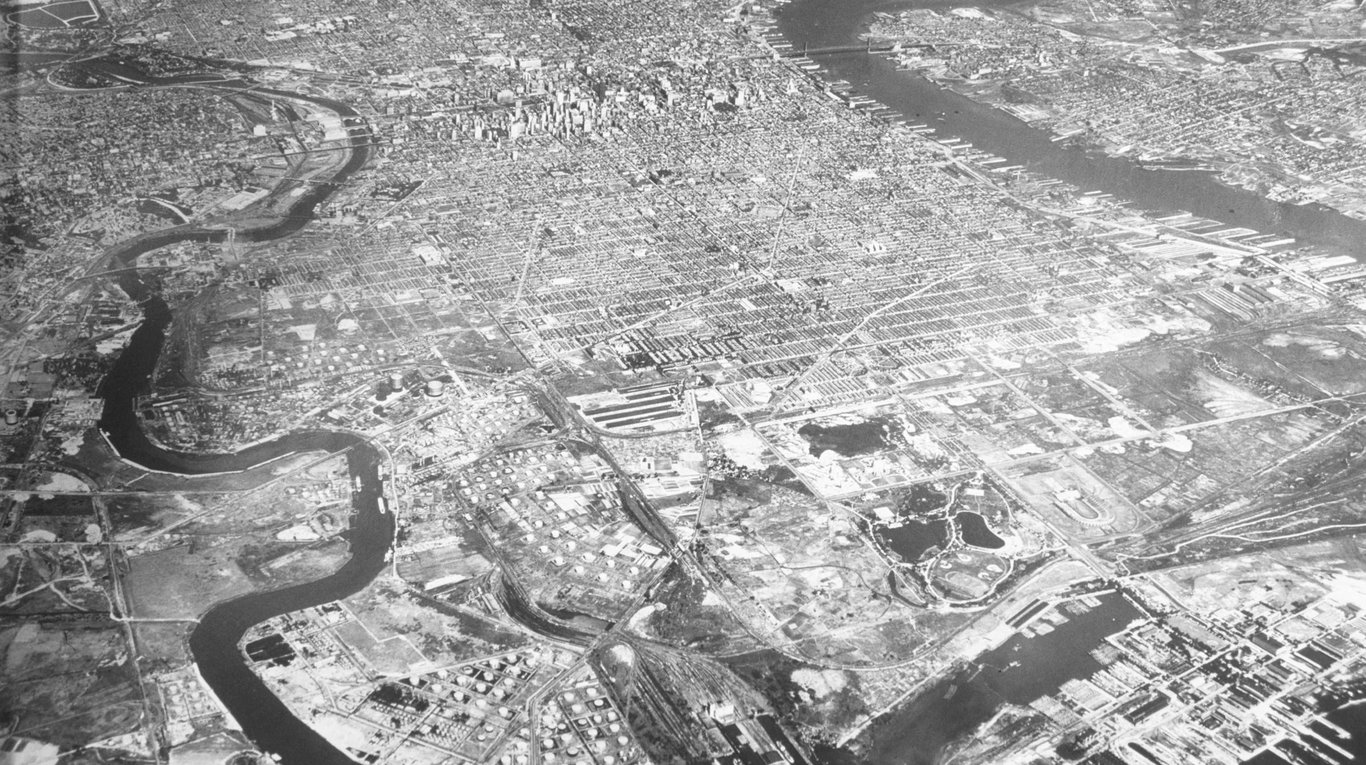 An exhibition and conversation series about our changing relationship with the river as it was, as it is, and as it could be, inspired by the 1924 City Parks publication: The Redemption of the Lower Schuylkill. Panel conversations delved deeply into questions about the condition of and relationship to the river in times past imagined potential of its role  in our city's future. River Stories, an oral history project, captures selected contemporary impressions of the river from a wide range of perspectives.

Slought and City Parks Association curated an exhibition and an unfolding public programming series held in 2015, investigating our changing relationships with the Schuylkill River, entitled "The Redemption of the Schuylkill".

How do we think about moments where the built environment converges with the natural? How do we represent the complexity of our relationships to water, and our ever-shifting attachment to memory, ecology, and place? Starting with an historical lens, continuing through contemporary documentation and imagining possibilities for the future, this project seeks to investigate our complex relationship to the Schuylkill - physically, socially, economically and culturally.

This project builds from the understanding that the Schuylkill River is often invisible today to many residents of Philadelphia. Though many would recognize iconic features along the river, frequently documented through artist's sketches and photographs, the river is more than just these 'frozen' moments in the intricate story of human engagement and interaction with water. As Langston Hughes suggests, a river is also a metaphor for our souls, one that embodies collective memory, lived experience, and struggle. The meaning and value of these waters have expanded over time and place, resulting in a dynamic relationship between the personal and political, as well as a unique mythology around its flow that resists any single representation.

A more polemical river can be found in the work of civic leader John Frederick Lewis, whose foundational publication The Redemption of the Lower Schuylkill: The River As it Was, the River as it is, the River As it Should Be (1924, City Parks Association), from which this project takes its title, issued a rallying cry to "redeem" the river for the citizens of Philadelphia. Lewis, writing on behalf of City Parks Association (1888), a civic organization which has long educated and advocated for open space and for re-claiming our waterways, was one of the first voices in modern Philadelphian history to rethink the role of the Schuylkill as an explicitly urban resource and human responsibility. Approaching Lewis' publication as a score in effect, with this project we revisit and rewrite The Redemption of the Lower Schuylkill for the present, with all of its challenges and possibilities.

Further descriptions about all three programs as well as the exhibition installation can be found at slought.org.