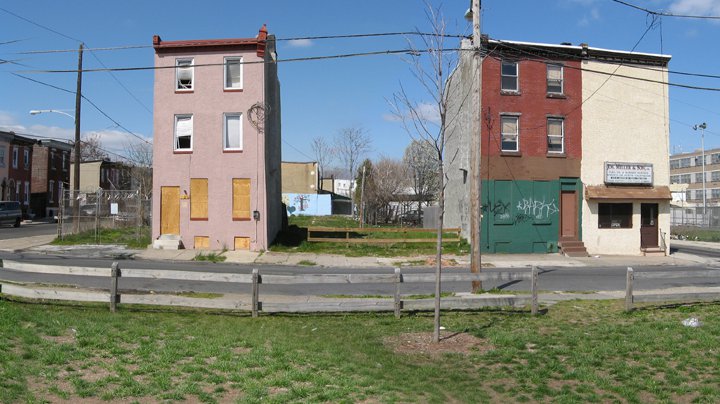 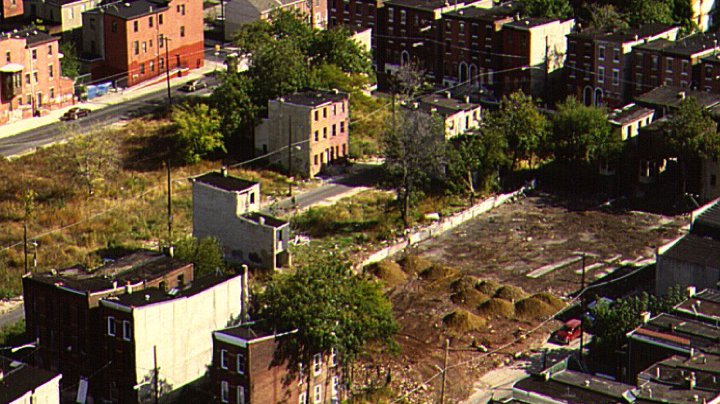 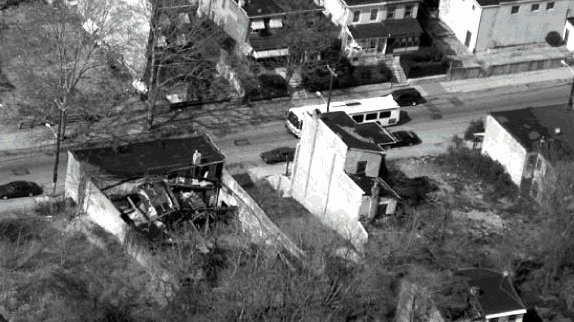 What does a city do to respond to its vacancy crisis? What might Philadelphia imagine for its future; what ideas might be generated if we looked at the 40,000 vacant properties as assets, not as liabilities? How might the repurposing of this land inform new ways of living in the urban environment? Philadelphia LANDvisions inspired innovative thinking about the future of Philadelphia’s vacant land inventory. This three-phased initiative employed the lens of Philadelphia’s ecology along with community voice to generate new, ecologically sounds design solutions for the city.

Philadelphia, with over 40,000 vacant properties representing nearly 1,000 acres, had become one of the nation’s foremost examples of urban abandonment and extensive sprawl. In January 2006, the City Parks Association with the consulting team from the Van Alen Institute, invited participants from around the world to suggest compelling, environmentally informed ideas for Philadelphia’s vacant land: to imagine long-term solutions that could inspire change and reshape urban and natural forms throughout the city.

To ensure public input, LANDvisions launched a series of public forums, each of which started with learning about Philadelphia’s environmental history before engaging in small table working sessions. The results of these sessions were integrated into the ideas competition brief for Phase 2, entitled URBAN VOIDS: grounds for change.  The competition received over 200 submissions from all over the world, from which five finalists were awarded funding and assigned ‘real’ sites to further develop their proposals. In June 2006 a grand winner, Waterwork, by North Street Design, was selected for implementation. The design strategy proposed converting vacant sites throughout Philadelphia into “public green filters” by capturing and redirecting water flow. The winning proposal developed both recreational and filtration solutions for the use of naturally cleaned storm-water run-off, and illustrated groundbreaking and poetic ideas that add social and economic value to urban watersheds.

Phase I: Our Voices, Our Future

This first community gathering brought over 700 people to 30th Street Station to imagine possibilities for vacant land in the city. The program included a series of short presentations providing background on the current state of vacancy in the city as well as an overview of the ecology and history of the region. The session continued in smaller groups of ten where participants both clarified their ideas and expressed their hopes and aspirations for the future of the city. Innovative technology techniques ensured that all ideas were captured and made immediately available on the website (Philadelphia LANDvisions ).

The River Corridors
May 18, 4-8pm
The Hyatt Regency Philadelphia at Penn’s Landing

This session applied ideas from the first Public Community Forum to Philadelphia’s river corridors. The meeting began with a series of presentations on existing and planned projects that integrate our rivers with recreational, residential, and commercial uses, then continued with a keypad vote on the ten most critical themes, including “Living with Water,” “Creating New Communities,” and “Economy and Jobs” that emerged from the May 5th session. Participants worked in small groups to discuss the inherent values, guiding principles, and strategies that follow from a particular theme, and then shared their ideas with the larger forum.

The final session focused on how vacant lands can be used to transform Philadelphia’s neighborhoods. After an initial keypad polling exercise to determine the characteristics of those present, participants began by discussing the assets and liabilities of different types of vacancies within the city. A mapping exercise challenged participants to brainstorm uses for vacant lands in an unidentified Philadelphia neighborhood. While some groups concentrated on the environmental possibilities of vacant sites, others directed their attention to social or economic options. Finally, participants engaged in a storytelling exercise in which they shared memories of their neighborhood’s past and their hopes and wishes for its future.  The keypad polling results, lists of assets and liabilities, maps, and hopes and wishes can be viewed on the Philadelphia LANDvisions website.

September 2005 -February 2006
Entrants from around the world were asked to imagine new possibilities for designing a comprehensive view of Philadelphia’s urban fabric, creating a new relationship between the city’s ecology and the built environment. Applicants were asked to make visible concepts that would reconnect vacant land to the city’s existing green infrastructure. A prestigious multidisciplinary jury reviewed and evaluated all submissions, making awards on criteria that acknowledge a range of design ideas. The jury selected five finalists who received monetary prizes and proceeded into the third phase.

February 2006-May 2006
During the third phase, Phase II finalists further developed strategies for implementing their ideas. Teams prepared site-specific design proposals, focusing on a designated area in Philadelphia. An advisory committee and project partners provided technical support as needed, matching professional partners with the semi-finalist teams. Team members were encouraged to interact with neighborhood groups, experts in the field, members of the business community, and elected officials while developing their final submissions. A prestigious multidisciplinary jury reviewed the final submissions. A key outcome from this competition was the development of innovative designs that will directly influence the plans of the decision makers and implementers in Philadelphia. In addition, the process helped to formulate principles and emerging best practices for issues of vacancy throughout the country.